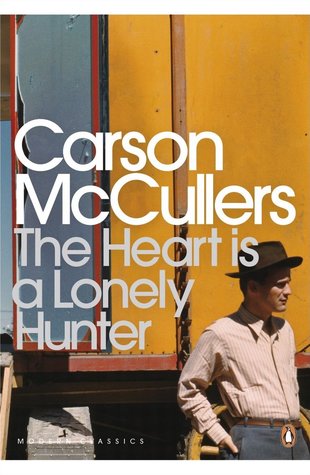 Because in some men it is in them to give up everything personal at some time, before it ferments and poisons–throw it to some human being or some human idea. They have to.

Definitely a book to be savoured at a leisurely pace, time and time again. A brilliant study of the pitfalls of interpersonal relationships, of words thrown into the void – hopeful, excited paper boats left to float downstream with the heavy, eternal uncertainty of whether they will ever reach anyone at all.
The theme of failed communication and misunderstanding that drives people who have more in common than they can imagine to loneliness and despair is developed admirably. People’s lives start converging on Singer, who becomes a symbol of different things to different people and is assigned as many meanings as there are things that people dream of and lack. The discrepancy between his own flawed humanity and the lofty ideals that he comes to represent is the driving force of the novel.
The transition between points of view is subtle and smooth, and each chapter is finely tailored to the character on which it is focused. Each story is moving and engrossing, and they are intricately connected as they can only be in a small town in the Deep South.
A fine, fine specimen of the Great American Novel, whether or not it is officially referred to as such.